1974 LAZIO CHINAGLIA retro jersey: When he was named Lazio coach in 1971, Tommaso Maestrelli recovers a team that has just been relegated to Serie B. He will then write a crazy page in the history of the Roman club. His team is made up of “bandits”, literally and figuratively. Promoted in 1972, Lazio finished third in Serie A in 1973. Maestrelli then produced his masterpiece in the 1973-74 season, taking Lazio to his first title of Italian Champion. The following year, Lazio wears the tricolor Scudetto in his sky blue jersey. Unfortunately, she will never show it in the Champions League. The reason? Laziali supporters, supported by most of the players, attacked the referee and the English team after a UEFA Cup match against Ipswich the previous season. Result: exclusion from any European competition. Bandits, we told you. 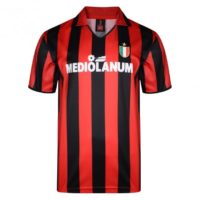 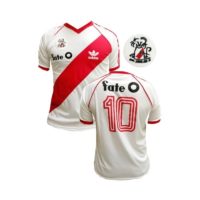 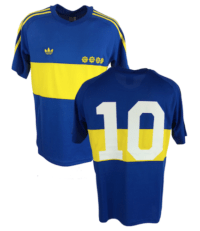