AJAX AMSTERDAM 1972 retro jersey with the 14: Hendrik Johannes Cruijff, known as Johan Cruyff or Johan Cruijff, born April 25, 1947 in Amsterdam and died March 24, 2016 in Barcelona, ​​is a Dutch international footballer, who plays as an attacking midfielder or striker before becoming a coach. The first football player to win the Golden Ball three times, he is considered one of the best players in history, as illustrated by his selection within the team. 20th century World Cup. As an attacker or attacking midfielder, this exceptional player marked the 1970s with his talent and charisma, notably in two prestigious teams: Ajax Amsterdam and FC Barcelona. During his career, Cruyff won 3 European Cups of champion clubs in a row in 1971, 1972 and 1973 with Ajax and was a finalist in the 1974 World Cup. He was nicknamed the “Flying Dutchman”, “Till the mischievous “or the” Prince of Amsterdam “when he played at Ajax Amsterdam, or” El Salvador “(the” savior “in Catalan and Castilian) or” El Flaco “(the” skinny “) when he played at FC Barcelona. In club as in selection, he generally wore the number 14. Later became coach, he mainly distinguished himself in 1992, winning the European Cup of champion clubs with one of the most outstanding teams of FC Barcelona nicknamed the Dream Team. He always kept the concern for the beautiful collective game, in particular with FC Barcelona, ​​of which he was appointed, on March 26, 2010, honorary president, title which links him for life to the Catalan club.

AJAX AMSTERDAM 1972 retro jersey with the 14, made in England 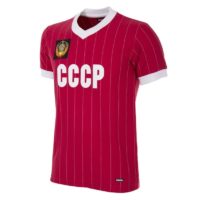 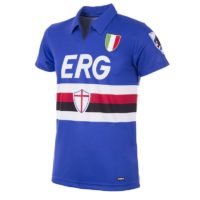 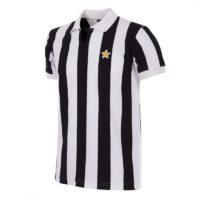