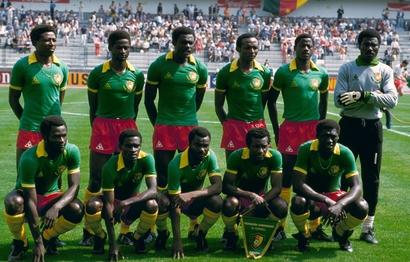 Eliminated without losing a match

1982, historical year for Cameroon. With Frenchman Jean Vincent on the bench, the Indomitable Lions qualify for the first time in their history at the World Cup.

On June 15, 1982, the whole world discovered this team in green jersey, yellow collar and red shorts, for its inaugural match against Peru (0-0).

Same score in the second meeting against Poland.

With a victory against Italy in the last match, the Cameroonians are in the second round. It is the Cameroon of Thomas Nkono, guardian who will inspire his vocation to a certain Gigi Buffon, but also of Roger Milla, the former Marseillais and Parisian Jean-Pierre Tokoto, or the Cannois Paul Bahoken.

Italy score by Graziani, but a minute later, Gregoire M’Bida equalizes, becoming the first scorer of Cameroon in the World Cup.

Cameroon is eliminated without losing a match.